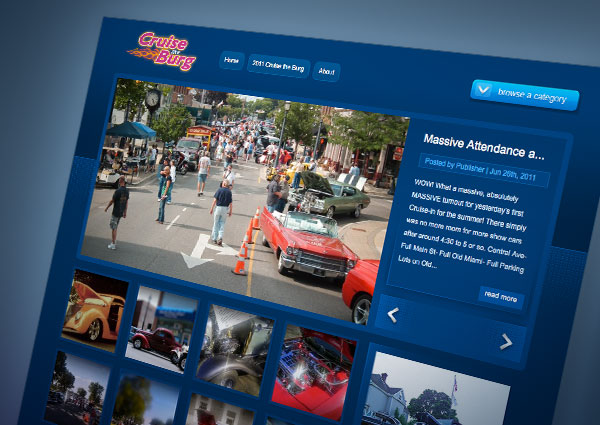 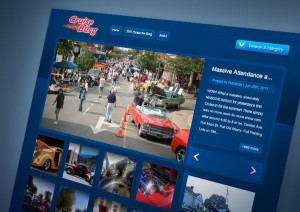 Cruise the Burg is an event that has been held for seven years and counting. Initially the brainstorm of the late Gene Rishforth, it s a car show that grows larger every year. The even is sponsored by the Miamisburg Merchants Association, and runs the fourth Saturday June through September.

Site was design to allow for photo uploads, venue posts, and social networking.