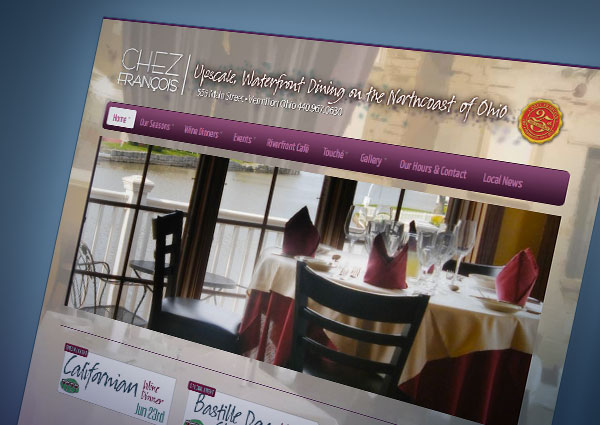 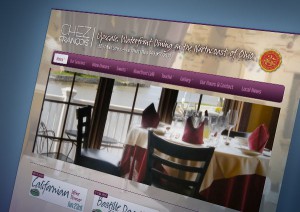 The Zagat Guide for 2010 awarded Chez François the highest rated restaurant in Ohio. This guide/survey is a non-partisan publication that conducts surveys of frequent diners in major cities across America.

The proprietors requested a new look this year, and a touch of class, and ease-of-readership and navigation for their visitors